A suspect attempted to grab and abduct a fourteen year old male subject on the west side of Gifford Middle School as the teenager was waiting to be picked up from school. The subject was dirty, not wearing shoes, and appeared to be homeless. He grabbed the boy telling others that he was there to pick up his child.

The teenager pulled away from the subject and ran away. Indian River County Sheriff`s Deputy David Ragley was on scene and chased after the subject. He was apprehended by Deputy Ragley and Deputy Denton Kitchell, who was also in the area.

Detectives interviewed the subject who provided a variety of false names and was very evasive during the interview. A fingerprint check of the subject shows that he was arrested by our agency in July of 2016. Detectives still do not believe the name given is the correct one and are attempting to identify him. Detectives are also seeking the help of the public to identify where the subject has been living and any other information about this person.

Indian River County Sheriff Deryl Loar stated, “The person sitting in our jail has not told us the whole story and is not willing to cooperate. Yesterday he attempted to abduct one of our most vulnerable, our children. Fortunately, our deputies were on scene and able to take him into custody before something bad could happen. Now we need your help to put the pieces together about where this person has been and to determine if he has hurt any other children in the past.”

The subject was booked into the Indian River County Jail under the name Nikromuh Koondo but was later identified by a Colorado driver’s license and received a $101,000.00 bond for the charges of kidnapping, resisting arrest without violence, and giving a false name while detained. Anyone with information about this subject should contact Detective John Clark at (772) 978-6188 reference to case number 2016-147391. You can remain anonymous and possibly be eligible for a reward of up to$1,000.00 by contacting Treasure Coast Crime Stoppers at 1-800-273-TIPS (8477) or www.tcwatch.org . 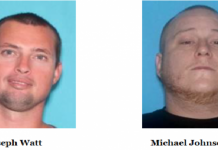 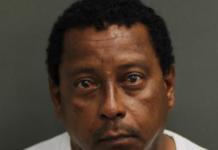 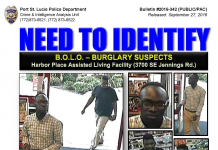