Adam Hilarie Set Up & Murdered By Plenty Of Fish Date

Adam Hilarie was set up by Hailey Rose Bustos, and murdered inside his apartment on Sunset Ave., Auburndale around 6:30 p.m. according to the Auburndale Police department.

All have been charged with conspiracy to commit robbery, robbery with a firearm/deadly weapon and first degree murder. Ellington and Bustos also face violation of probation charges.

Police say Bustos met Hilarie on Plenty Of Fish and took her out on a date Thursday evening. Hilarie reportedly picked up Bustos for the date, and dropped her off. Bustos then allegedly returned to his apartment with Warner, Gray, and Ellington to rob Hilarie.

Police were initially called to investigate a suspicious death and later ruled Hilarie’s death a homicide.

A GoFundMe page has been set up to help Adam Hilarie’s family. 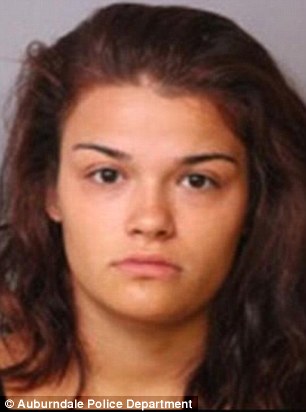 From top left: Andre Warner, Gary Gray, Joshua Ellington and Hailey Bustos have been arrested in connection with the murder of Adam Hilarie.