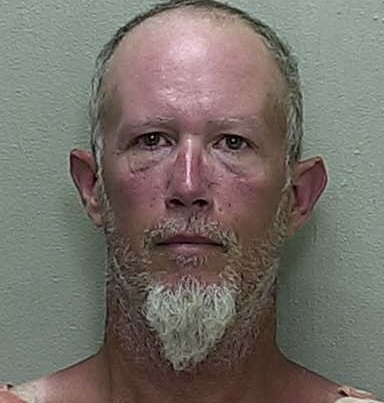 45-year-old Derek Richard Roberts was arrested on Sunday, May 3, 2020, by Deputy Anthony Esquivel with the Marion County Sheriff’s Office Patrol Unit and charged with three counts of Aggravated Assault with a Deadly Weapon Without Intent to Kill.

Marion County Sheriff’s Deputies responded to Derek Roberts’ residence after he reported multiple reckless vehicles in the area. When Deputy Esquivel arrived in the area he observed a group of people walking and driving to the incident location.

When Deputy Esquivel made contact with the group, the father of a juvenile victim advised him that an unknown male, later identified as Roberts, had fired multiple rounds at the group.

After making contact with Roberts he reported dirt bikes driving up and down the roadway and “tormenting the neighborhood.” Roberts alleged the juveniles on the dirt bikes threatened him, and on a prior occasion had run his dog off the road and into a fence.

When confronted with the allegations that he had fired his weapon at the juveniles, Roberts said “…I shot 6 rounds in my yard, just to make awareness.” Deputy Esquivel located the handgun used and secured it and located the spent casings.

During the course of the investigation, it was determined Roberts had also fired a rifle during an altercation with the juveniles. Security footage provided to deputies by Roberts shows a verbal argument between the defendant and the juveniles before Roberts states “Wait right here.”

The security footage shows Roberts in possession of an AR-15. The shots fired by the AR-15 were not aimed directly at the ground and were consistent with the direction in which the juvenile victims were located.

Roberts was placed under arrest and charged with three counts of Aggravated Assault with a Deadly Weapon Without Intent to Kill and transported to the Marion County Jail. At the time of this media release, Roberts is awaiting his first appearance in court.