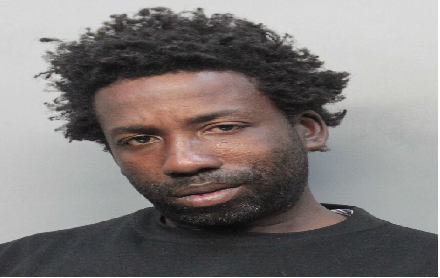 The Miami-Dade Police Department, Homicide Bureau, is seeking the assistance of the community in identifying/locating the person who shot and killed 41-year old Val Black just before midnight on Wednesday, August 10, 2016.

According to investigators, the victim was sitting on a curb outside the gas station at 2200 NW 95 Street when he was approached by an unknown black male. The subject produced a firearm fired repeatedly at the victim, continuing to shoot even after Mr. Black had collapsed on the ground. The shooter then fled on foot.
Miami-Dade Fire Rescue responded to the scene and pronounced Mr. Black dead on the scene.